FGTeeV Presents: Into the Game!

The FGTeeV family gamers have played hundreds of games together. Which is why Moomy decides to make a new game called My Pet Fish. Just one problem: the game is SUPER boring. And one other problem: Moomy and Duddy accidentally got sucked into it—and now they’re trapped!

It’s up to the kids, Lexi, Mike, Chase, and Shawn, to jump into the gaming console and rescue their parents. But first, they have to battle their way through their favorite games until they find the one their parents are stuck in. Can the kids take on a vicious pack of vampire prairie dogs, flying doody diapers, some spooky ghouls, and one incredibly dull fish before Moomy and Duddy are bored to death?

Game like never before in this exhilarating graphic novel adventure from YouTube sensation FGTeeV, with more than 11 million subscribers and over 11 billion views! 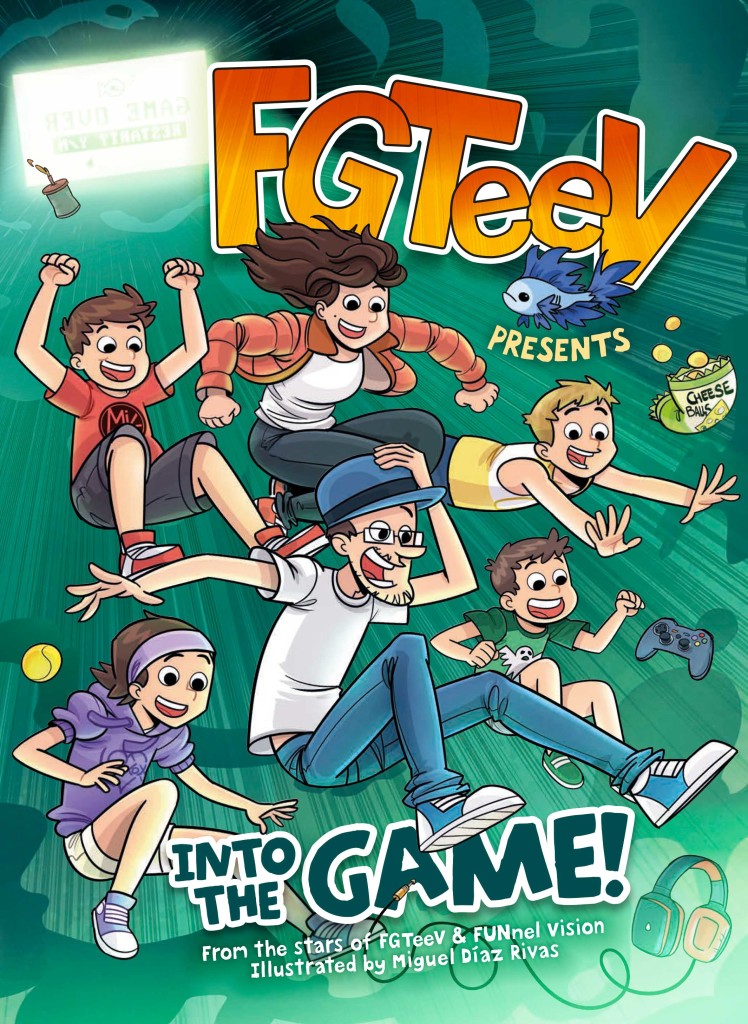